Cinderella - Dec 2011
A pantomime in the classic tradition.
A sweet young girl is bound to a life of drudgery by her cruel stepmother and tormented by her ugly stepsisters. Her one friend in the world is Buttons, manservant to Baron Hardup, until one day while gathering firewood in the forest she meets a charming Prince.
With a little help from her Fairy Godmother, the Prince falls madly in love with her. Frightened, she runs off, but the Prince vows to find her, and calls a Grand Ball for all the young girls in the kingdom.
The most famous game of hunt the slipper in all Pantoland is about to begin ...
Will the scheming Dandini thwart the plan ?
Surely it all ends happily ever after ? 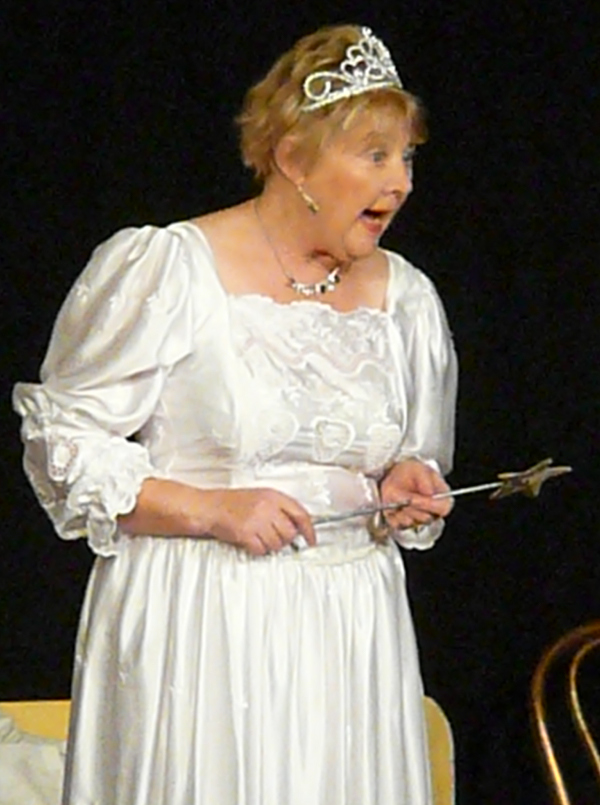 It all begins with a Fairy Godmother 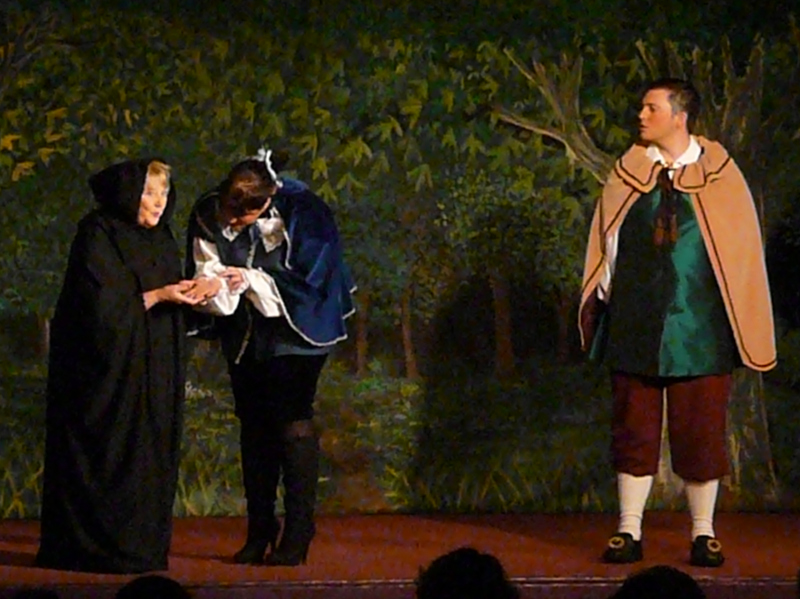 In disguise she enchants a Prince and Dandini 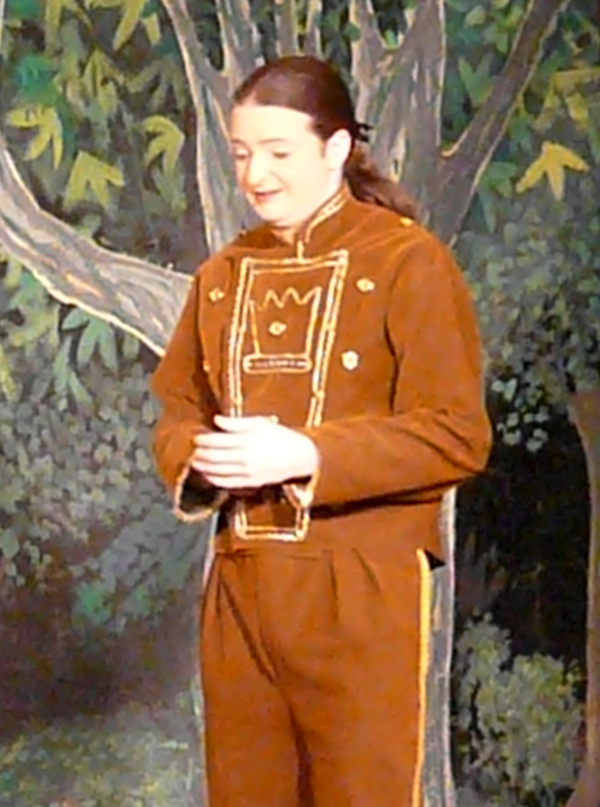 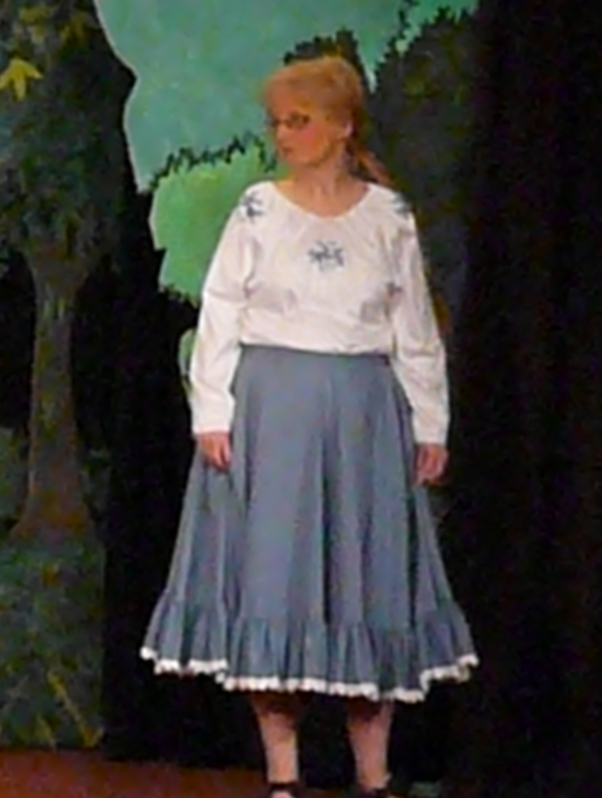 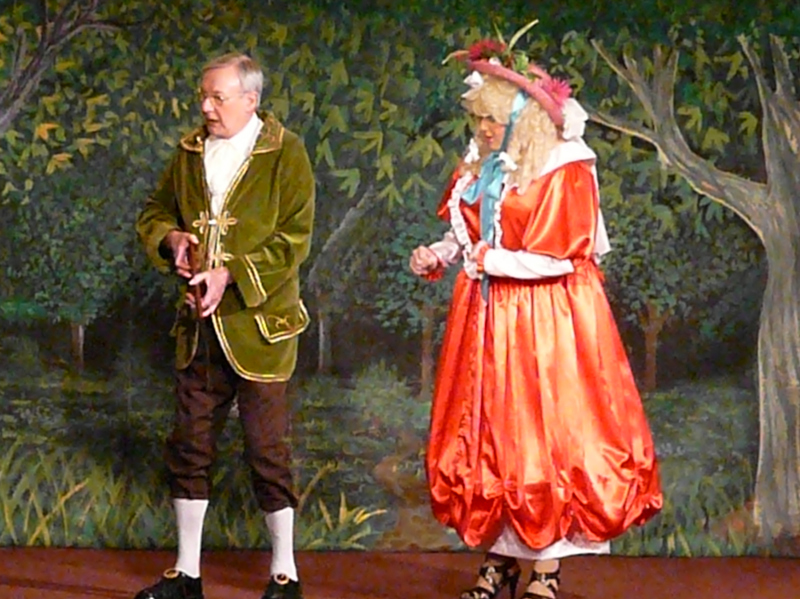 Meanwhile Baron Hardup is hunting with his wife 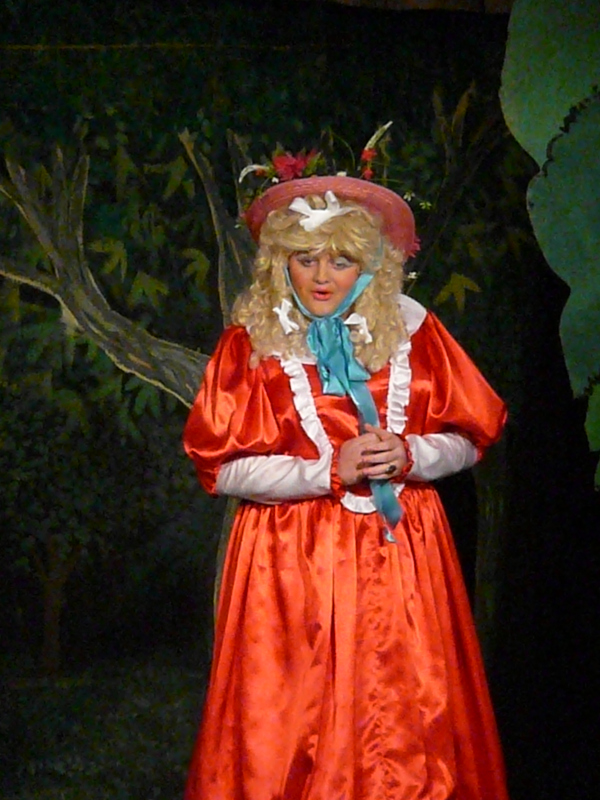 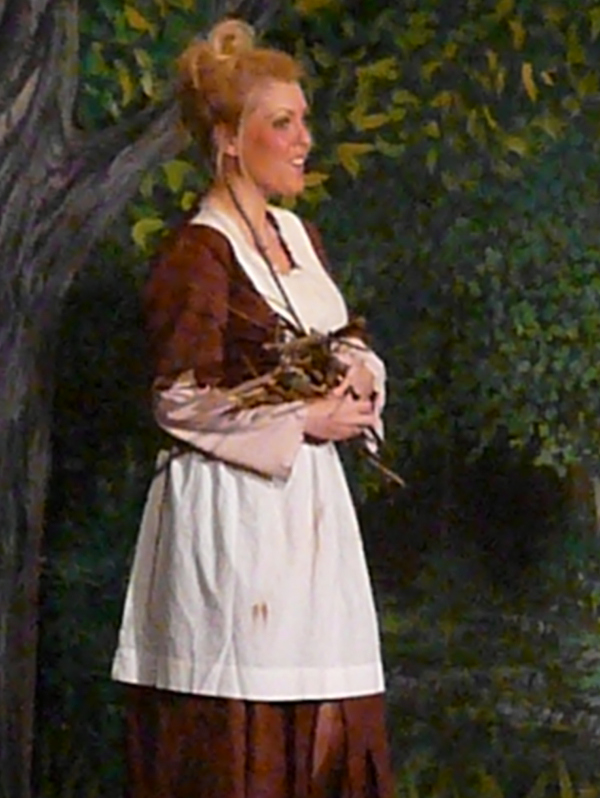 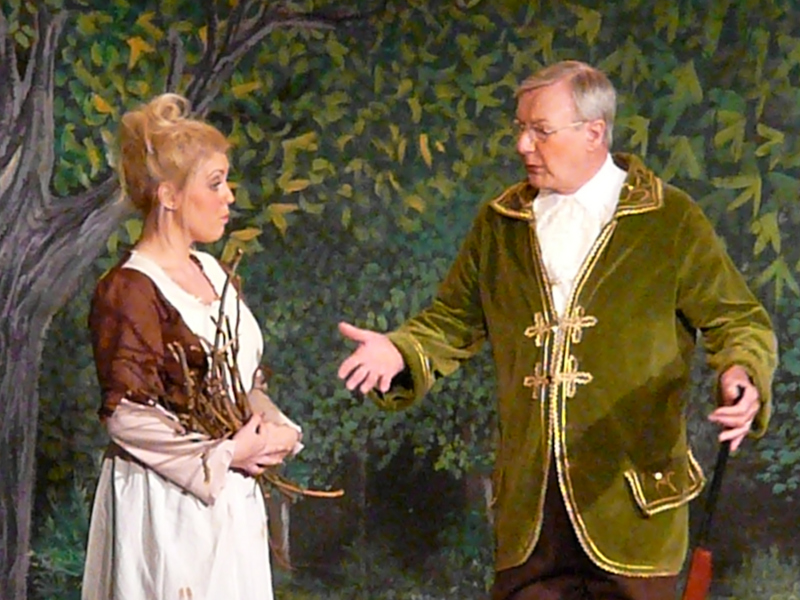 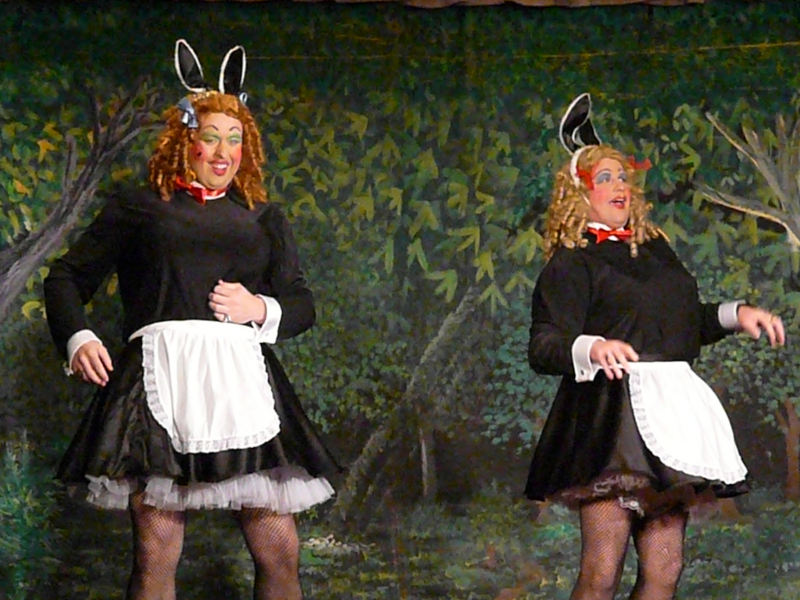 Not to mention her ugly stepsisters 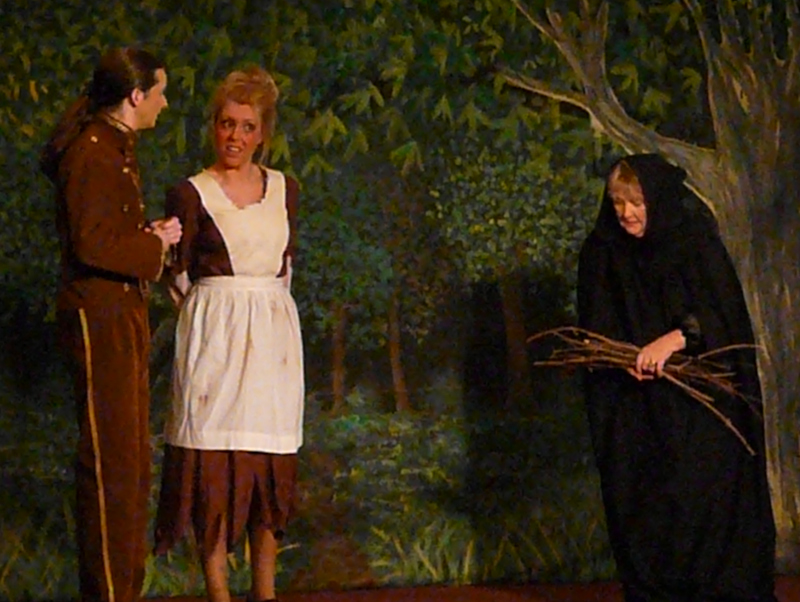 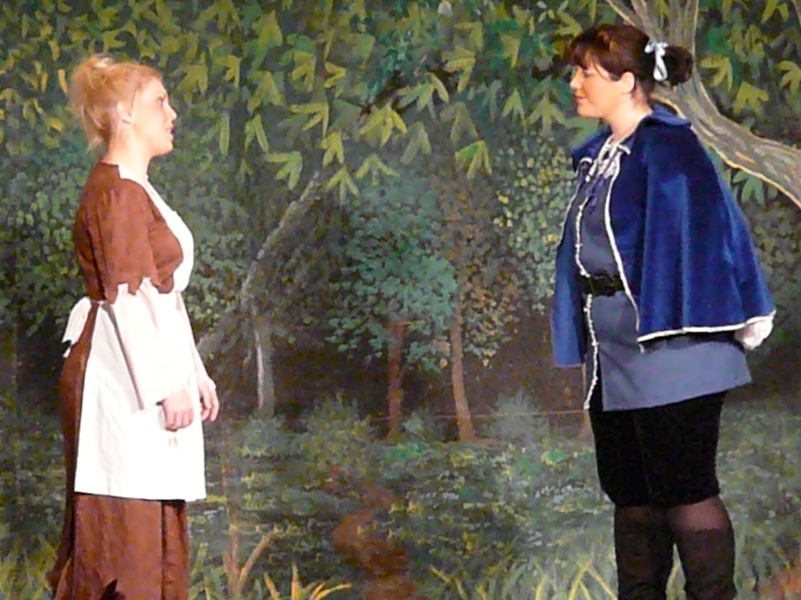 Sure enough - here comes a prince 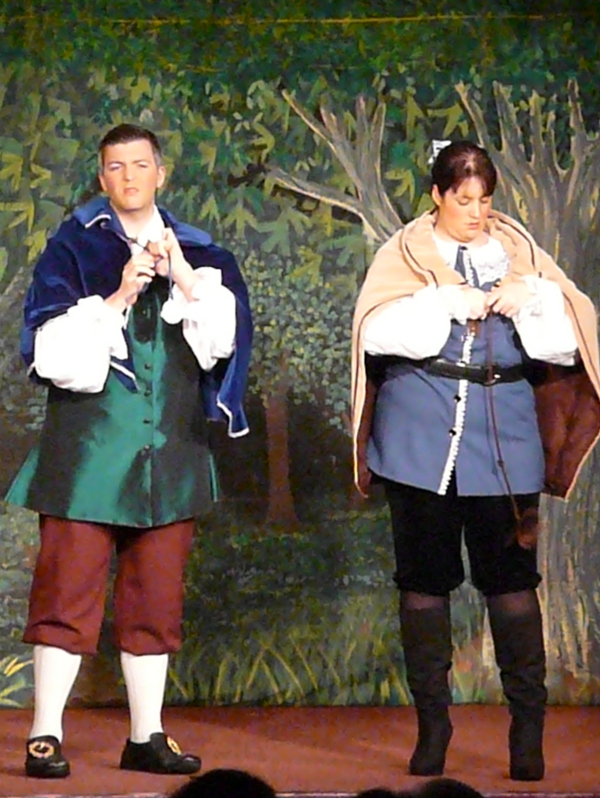 In a cunning disguise with his mate Dandini 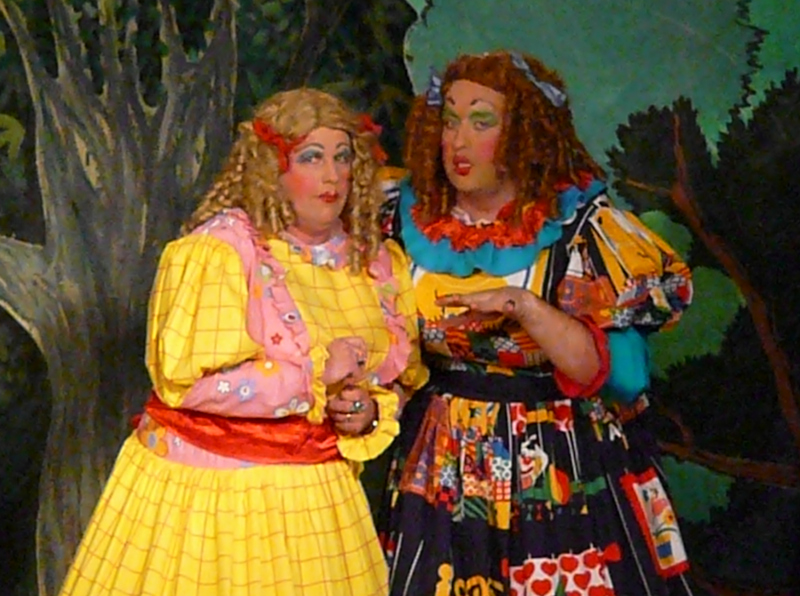 But the gruesome twosome may have overheard 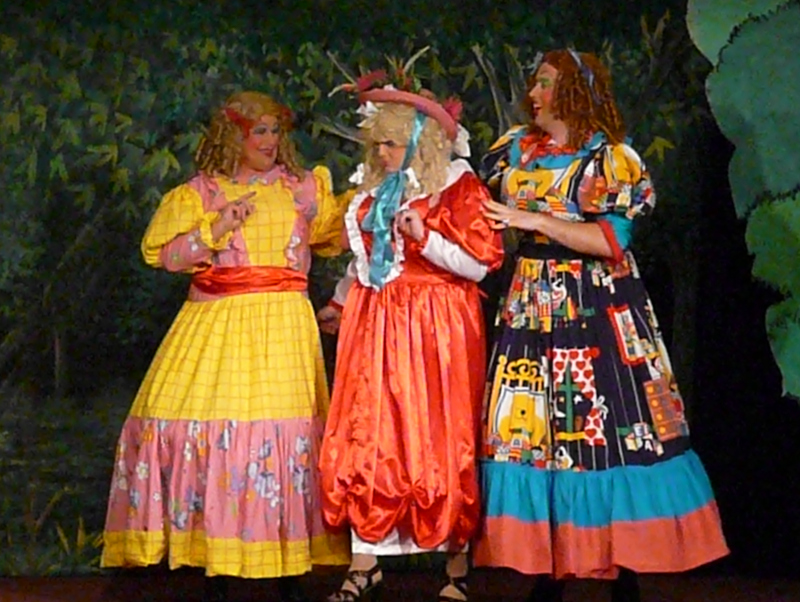 And they've brought the heavy guns into the plot 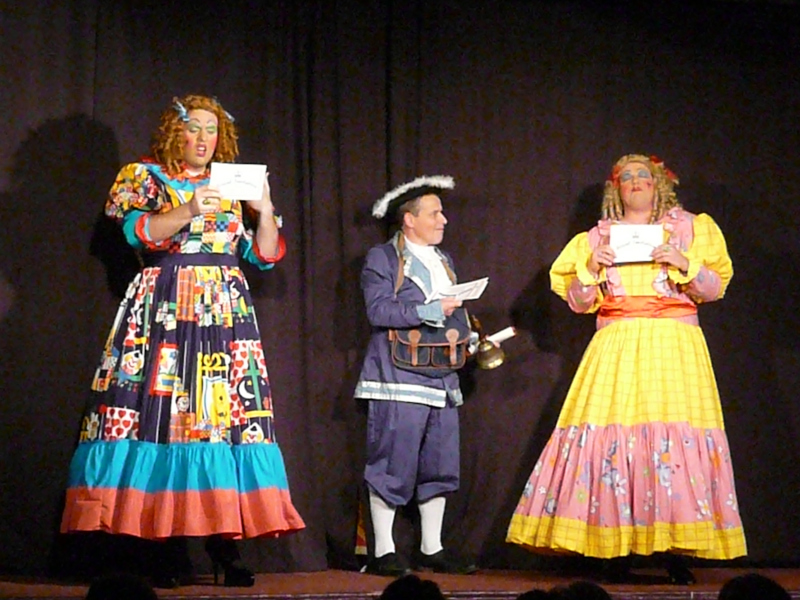 Invitations to the ball for everybody 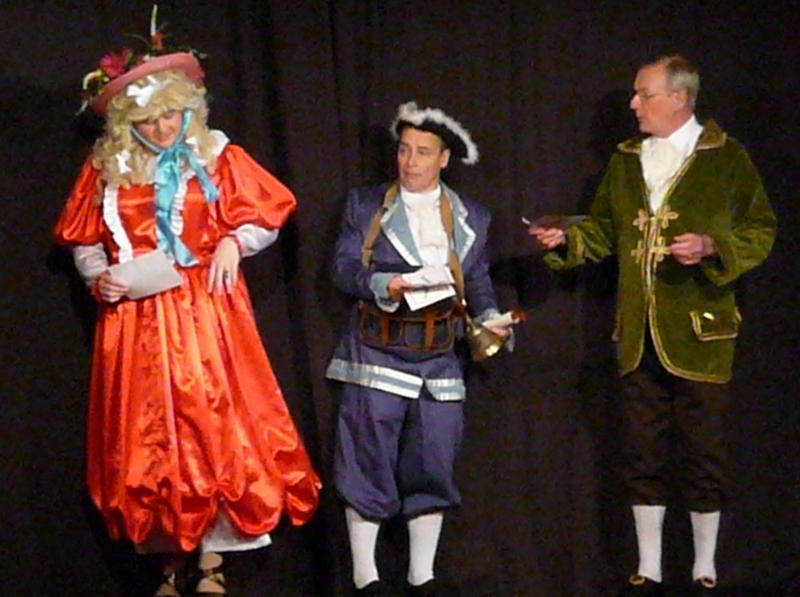 Well everybody except Cinders 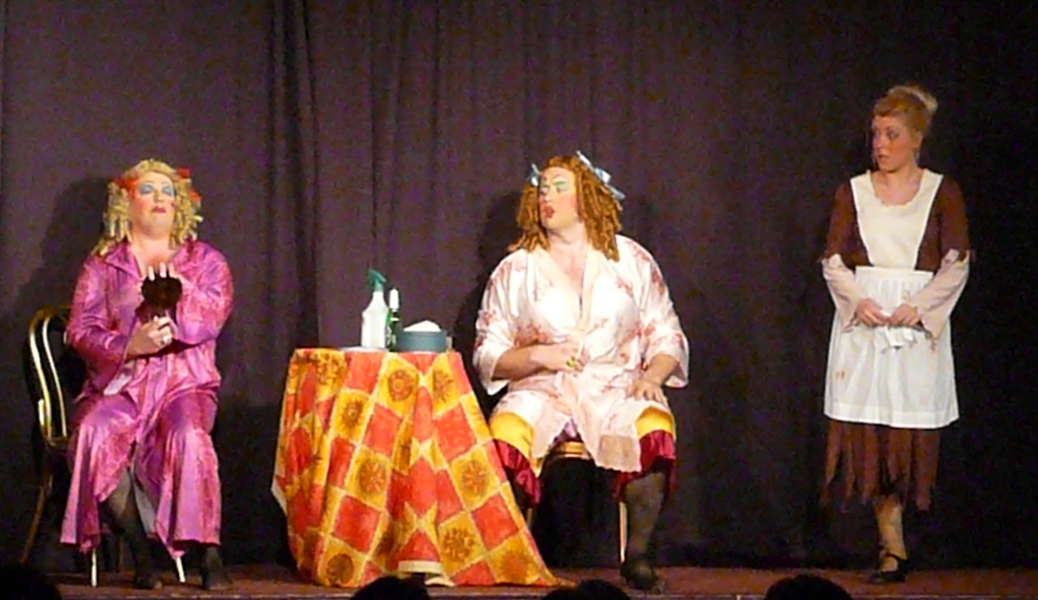 Getting dolled up for the ball 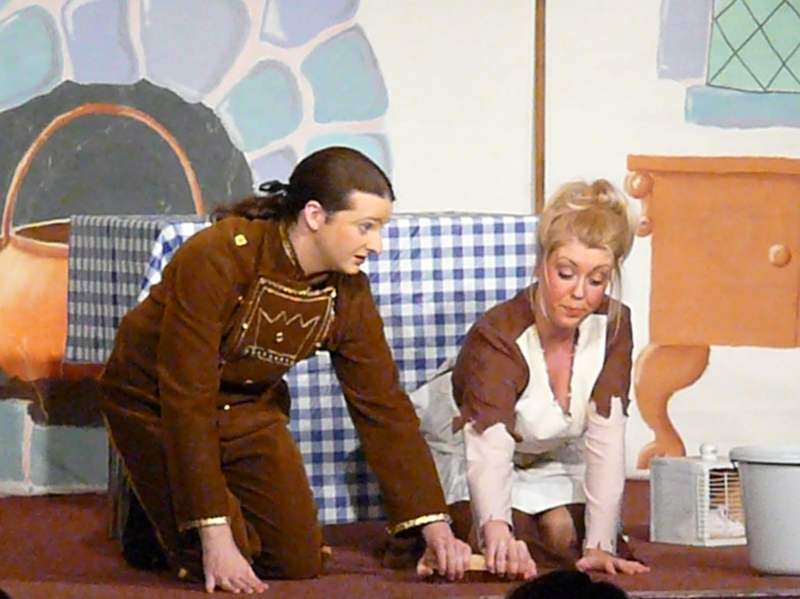 But poor Cinders has chores to do 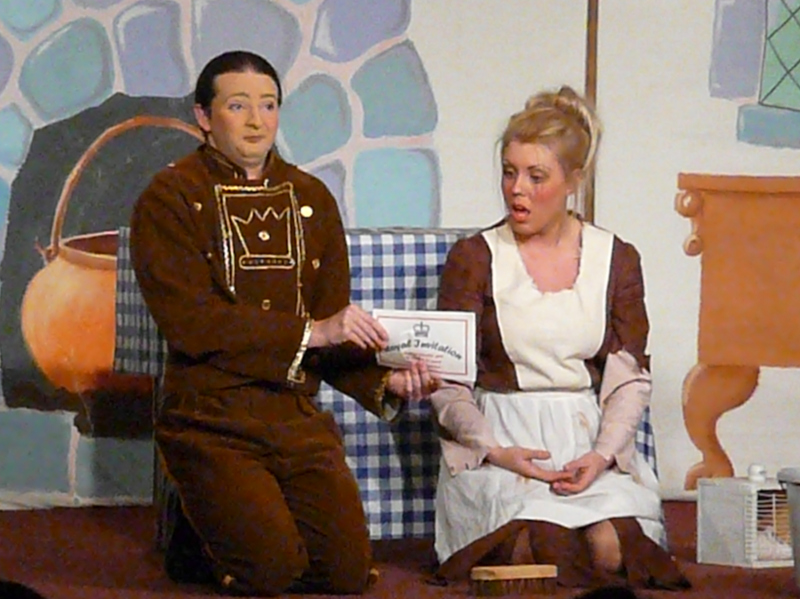 You shall go to the ball ! 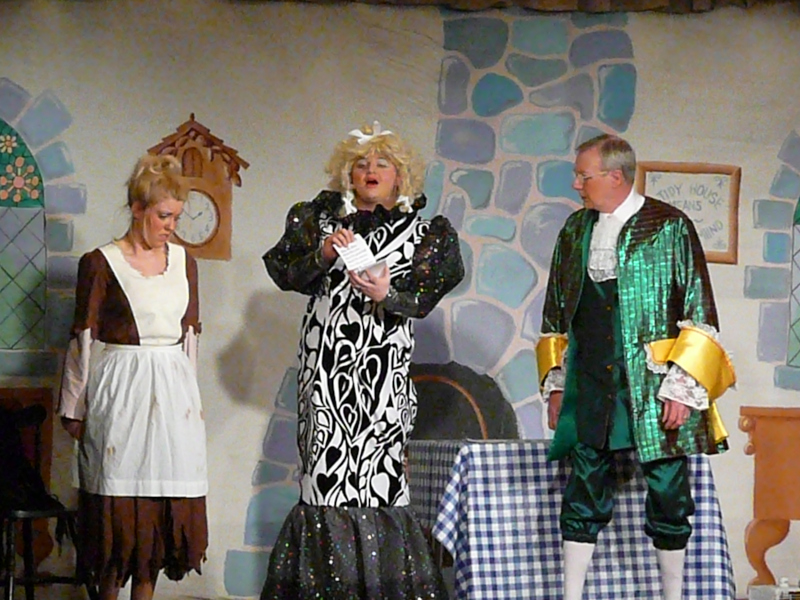 Just as soon as you've finished all these jobs 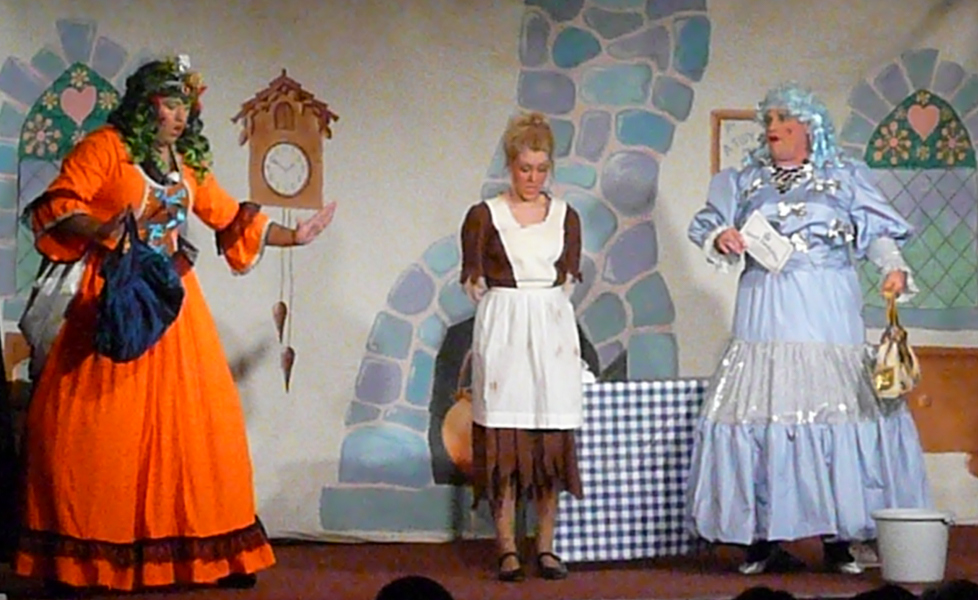 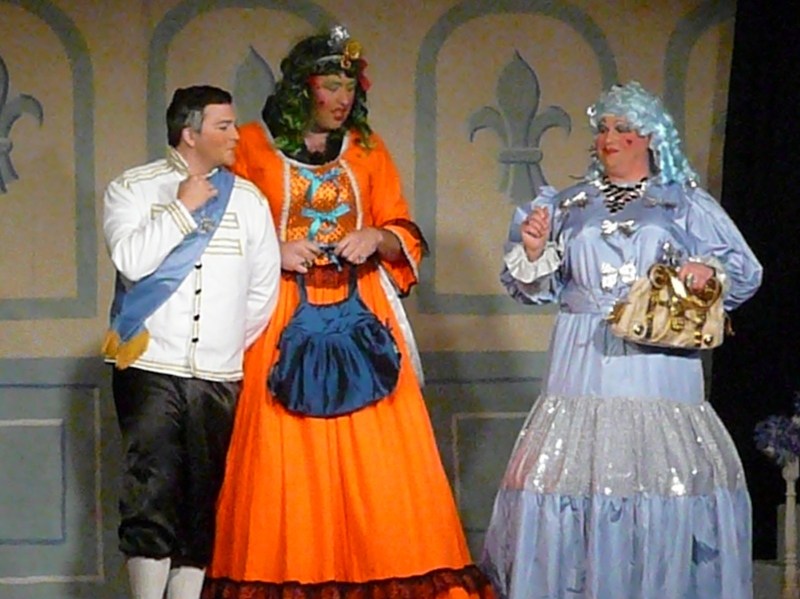 Making an exhibition at the Ball - to Dandini 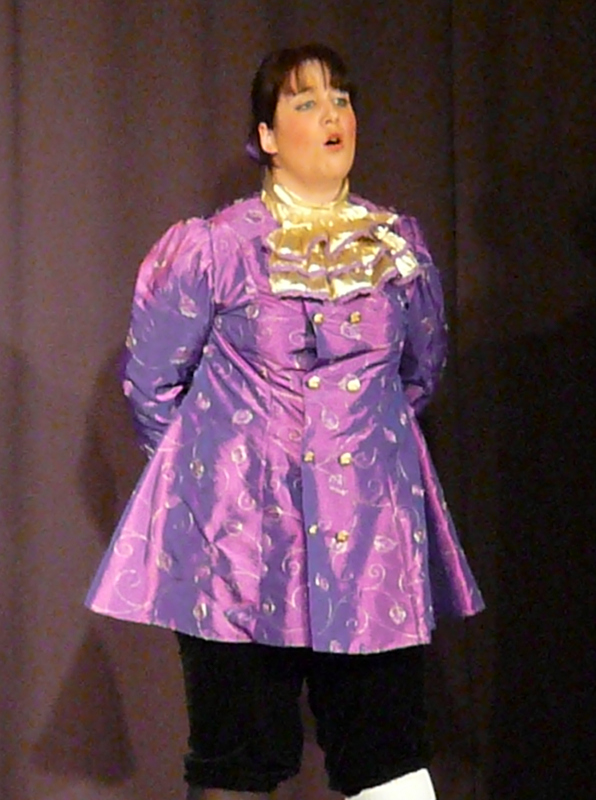